When a woman gets pregnant, the question of safety becomes top priority. Is it safe to eat this food? Is it safe to take this medicine? Is it safe to wear these high heels? But one of the most frequently asked questions is this: is it really safe to do regular exercises? The answer? Of course, it is! You just have to make sure that you’re not engaging in extreme physical activities. One of the best exercises for pregnant women is cycling.

Especially true for women who were active before pregnancy, they will experience less exhaustion, controlled weight gain, and even shorter labor.

What to Consider When Cycling

It’s great to cycle outdoors; a breath of fresh air will do you good. Pregnant women should be careful when riding the bicycle outdoors and should be attentive to their surroundings. One of the top priorities should be choosing the right type of bicycle. Use one with wide tires to avoid the chances of imbalance and falling. You should also choose to ride on wide bike paths and avoid riding in groups.

When it comes to the intensity of any kind of exercise, there’s no clear-cut answer to it as each case differ from the next. ACOG suggested that women should refer to their rate of perceived exertions (RPE) in determining the intensity of the exercise. Basically, if you can talk without having a hard time breathing while exercising, then you’re good.

There are women who have undergone extreme cycling activities during pregnancy who didn’t experience any kind of complications. In fact, their babies were born healthy. Some women of note who did this are Mary Jane Reoch, world-class road racer, and Barb Limberg.

Babies whose mothers were engaging in regular physical activity during pregnancy proved to have normal growth and development. In fact, one study in the University of Vermont concluded that children at age five who were born by active mothers had less body fat as compared to those who were born by inactive mothers. It was also found out that they scored higher in general intelligence, coordination, and oral language skills. 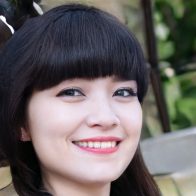 How Your Pregnancy Diet Affects Your Offspring

Is Cycling Good for Pregnant Women?

12 Pregnancy-Fashion Tips from the Experts

ABOUT US
Blog for the Modern Mom!
Contact us: [email protected]
FOLLOW US
© Copyright - 2020. All rights reserved.
We use cookies to ensure that we give you the best experience on our website. If you continue to use this site we will assume that you are happy with it.OkPrivacy policy